75 Years Caring for our Community 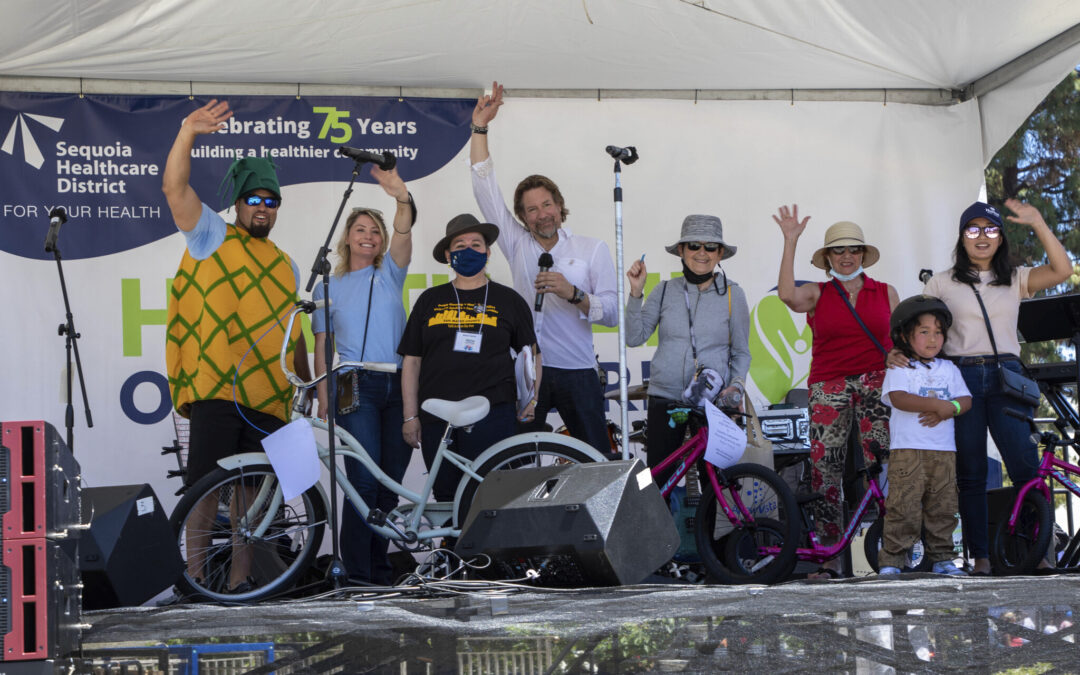 Community is in our DNA. Sequoia Healthcare District celebrated 75 years supporting our community’s health by hosting our first ever Health Fair on the Square on Saturday, May 21st. It was a great day filled with lots of activities, community resources and joy. Follow us @shealthdistrict on Facebook and Instagram to see some photos from the event and stay tuned for future events: 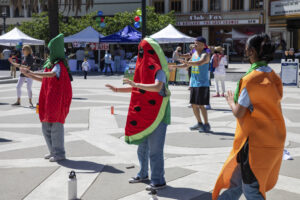 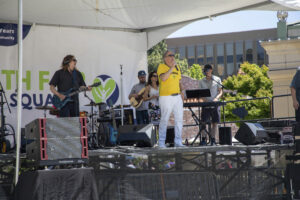 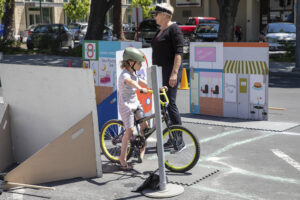 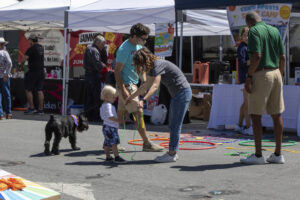 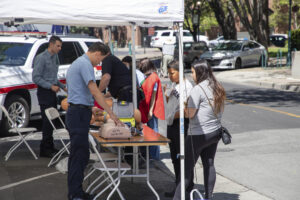 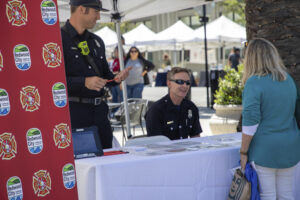 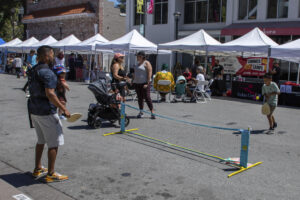 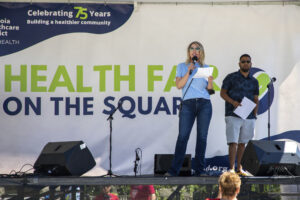 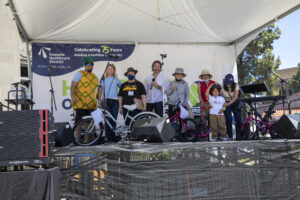 In 1938, a group of nine women led by Mary “Dove” Beeger appealed to the city council in Redwood City for a hospital to serve the communities of southern San Mateo County. Voters of Redwood City, Belmont, San Carlos, Menlo Park, Portola Valley, Woodside and Atherton elected to form a “hospital district.” Thus began the construction of Sequoia Hospital in 1949.

The hospital district managed Sequioa Hospital for over 40 years until 1996 when Catholic Healthcare West (CHW) took over operations and became financially responsible for the hospital. The Sequoia Hospital District was soon after renamed the Sequoia Healthcare District (SHD), and the annual tax revenue received was redirected to support community health. Since then, SHD has been a key community funder, collaborator, and catalyst for local health and wellness programs and services. We encourage you to also visit our museum exhibit at the San Mateo County History Museum up now through August.

1938 – A group of nine women led by Mary “Dove” Beeger appealed to the city council in Redwood City for a hospital to serve the communities of southern San Mateo County. Voters of Redwood City, Belmont, San Carlos, Menlo Park, Portola Valley, Woodside and Atherton elected to form a “hospital district.”

1946 – Under newly enacted state laws, they passed a pair of bond issues that financed the project at a cost of $2.1 million.

1968 – Sequoia Hospital became one of the first hospitals in the state to open a psychiatric unit.

The Hospital District was renamed the Sequoia Healthcare District (SHD).

At that time, the District launched a new community grants program and began funding dozens of local nonprofits that provide health-related services.

2001 – Samaritan House Free Medical Clinic in Redwood City opened its doors to patients with an initial grant from SHD. Today, SHD is the largest funder of the clinic with an average annual investment of $1.1 million dollars.

2002 – SHD made its first grant to Ravenswood Family Health Center and continues to be their most significant funder with an annual investment of $1 million dollars.

2003 – SHD funded the San Mateo Children’s Health Initiative (CHI) with a goal of assuring that all children in the county have health insurance, covering children up to 400% of the federal poverty level who were not entitled to private or other public insurance.

2009 – The District moved to its current Veterans Blvd location. The Caring Community Grants program is expanded and managed by District staff.

2016 – In partnership with Peninsula Family Services, the District launches 70 Strong, a resource for senior residents.

2018 – SHD takes over 70 Strong program operations, rebrands to Sequoia Strong and expands to serve all ages.

2020 – HSI annual funding increases to over $4M with a focus on social-emotional and mental health.

In partnership with Sequoia Hospital, SHD helped to provide vaccines to over 600 of our community members in the North Fair Oaks area of Redwood City.

Looking ahead, SHD will remain vigilant in our mission to improve access to services, reduce health disparities and support the well-being of all District residents through community collaborations, a new 3- year strategic plan, and a focus on serving the most vulnerable members of our community.